In R v Hunter & Ors [2015] EWCA Crim 631, a specially constituted 5-member Court of Appeal (Thomas CJ, Sir Brian Leveson P, Hallett LJ, Coulson & Globe JJ) considered the question of when a good character direction is required, and the effect on the safety of convictions where one is required but is not given. Judgment was handed down this morning.

If the decision to constitute a 5-member court seemed ominous (usually a sign that the Court is to “clarify” or amend the law), so it proved. In one sense it is fortunate that the Court was  bound by House of Lords’ authority that the direction is required in cases of absolute good character. It made little attempt to hide its scepticism about the need for good character directions at all, Hallett LJ saying at [67]

“Many have questioned, with some justification in our view, whether the fact someone has no previous convictions makes it any the more likely they are telling the truth and whether the average juror needs directing that a defendant who has never committed an offence of the kind charged before may be less likely offend. Nevertheless we are bound by Vye and Aziz”.

This bold approach of trusting jurors’ “common sense” featured again in Johnstone’s case (one of the 5 conjoined appeals) where the failure to give a direction that the recent complaint evidence did not amount to independent corroboration was not considered fatal to the safety of the conviction because: “It would have been quite clear to the jury that the complaints were made by [the complainant] herself”: [137]. The difficulty with that approach is that one could extend it to a great many legal directions, but history tells us that would hardly be wise (“it must have been obvious that this was a fleeting glimpse identification”).

Against the backdrop, it comes as little surprise that the Court has watered-down down the circumstances in which a good character direction (or a modified one) is required. The judgment mostly affects cases where the accused has previous convictions for offences in a different category to those alleged.

The Court held, consistently with a general trend, that the failure to give an adequate good character direction often will not be fatal to the safety of the conviction: [90]. More worrying, however, was how it approached the question of safety in the individual cases, with little weight attached to the fact that these were, for the most part, cases of “word against word”. The Court showed a ready willingness to conclude that the cases against the respective appellants were strong. In Johnstone’s case the convictions were by majority, and the jury could not agree on certain counts, yet the prosecution case was nonetheless described as “extremely strong”: [143].

The most significant part of the judgment is the Court’s conclusion that a judge will now only have a discretion to treat a defendant as being of “effective” good character where his/her convictions are old, minor and have no relevance to the charge. This seems unduly restrictive as it apparently excludes convictions that are more recent, but which are nonetheless minor and have no relevance to the charge: [80]. In the case of defendants with previous convictions for offences in a different category than the one charged (but which are not old, minor and irrelevant),  the Court expressed scepticism as to the need for such a direction at all, but held that the judge has a very broad (“open textured”) discretion on whether to give a modified direction: [83], which can only be impugned on Wednesbury grounds: [97]. In other words, a defendant who does not meet the strict criteria for “effective” good character is at the mercy of the judge in determining whether any direction should be given.

On a practical note, the Court observed that CrPR 35.4 says that a person wishing to introduce evidence of bad character must serve notice of that intention. It considered that this might apply to a defendant who puts in his own “form” in order invite a good character direction: [101]. In any event, the Court was clear that as a matter of good practice the defence should put the Court on notice of its intentions as early as possible, and certainly before the evidence is introduced. This will allow for argument about whether a direction should be given, and if so its terms: [102]. This at least marks the end of the days of advocates having to take a gamble on whether to introduce their client’s character.

Applying these principles, the Court dismissed each of the 5 appeals. The rejection of Hunter’s appeal is particularly dispiriting. He had one dishonesty conviction recorded against him and the judge had agreed to give the full good character direction; however he did not deliver on the credibility limb. The Court attached weight to the fact that trial counsel had not raised the issue at the time: [156], which seems of doubtful relevance given the judge’s decision that a direction was required. The approach of the Court seems more concerned with stemming out-of-time appeals than with fairness to defendants.

Further the Court’s decided that, despite the judge’s view, Hunter was not in any event entitled to the credibility limb, so that the direction in his case was adequate. The lesson appears to be that where a judge declines to give the direction his or her discretion will rarely, if ever, be interfered with. Conversely, if he/she deems the direction appropriate, but comes up short, this will not carry any weight unless the Court agrees that a direction was required, only then if objections have been raised by trial counsel, and only if it renders the conviction unsafe having regard to the wider facts.

I will be providing further analysis of this, and other recent cases, at the Criminal Law Friendly Society Spring Conferences in Leeds on 24 April 2016, and Manchester on 1 May. The paper will also be presented at the event in Birmingham on 8 May. The events attract 7 hours CPD and places can be booked at www.criminallawfriendlysociety.com 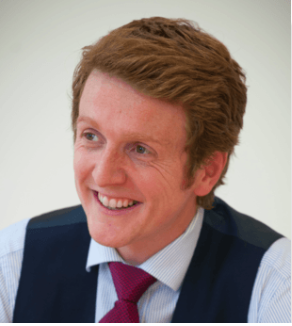